I’ve been running System 76’s Pop OS as my desktop OS for a few weeks now. I switched from MacOS to Linux full time this year; previously i had at least one MacOS iMac and then one or two Linux boxes. Now, since my sad mac woes where my hard disk failed (or was failing SMART checks) and I tried to fix which left the iMac running sub-par — I built a Linux box and switched full time. If felt like an awakening of sorts as I’d been praising the beauty and small form factor of the iMacs when the hardware was dreadfully underwhelming. More detail on my Linux box later, this post is about Apple HID or Human Interface Devices. I just like my Apple keyboards, trackpads and mice. I’m still using them on my Linux box happily but there is one thing that has been grating me — emulation of a 3 button mouse which by default pastes clipboard content.

So, modern Linux by default support Apple’s Magic Mouse and it provides all the touch features you’ve been used to on MacOS. Unfortunately, it also emulates a 3 button Unix mouse where the middle button pastes from the clipboard. This is so frustrating as the middle click area is awkwardly close to the left click area. I googled and “fixed” this by executing the following command line:

This is quick and it seems to have survived a reboot so I hope it sticks. It essentially turns off the middle button click but leaving left and right and the other various touch features.

Honestly, I won’t say the transition has been entirely painless – it does take time to adjust to a new operating system, but I have to say, my biggest regret is that I didn’t ditch Apple’s computers sooner. I love my iPhone but honestly it does feel like Apple just isn’t all that interested in their desktop / laptop computers recently. 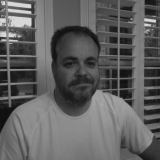